Project Runway All Stars S4 E1: "Made in Manhattan" 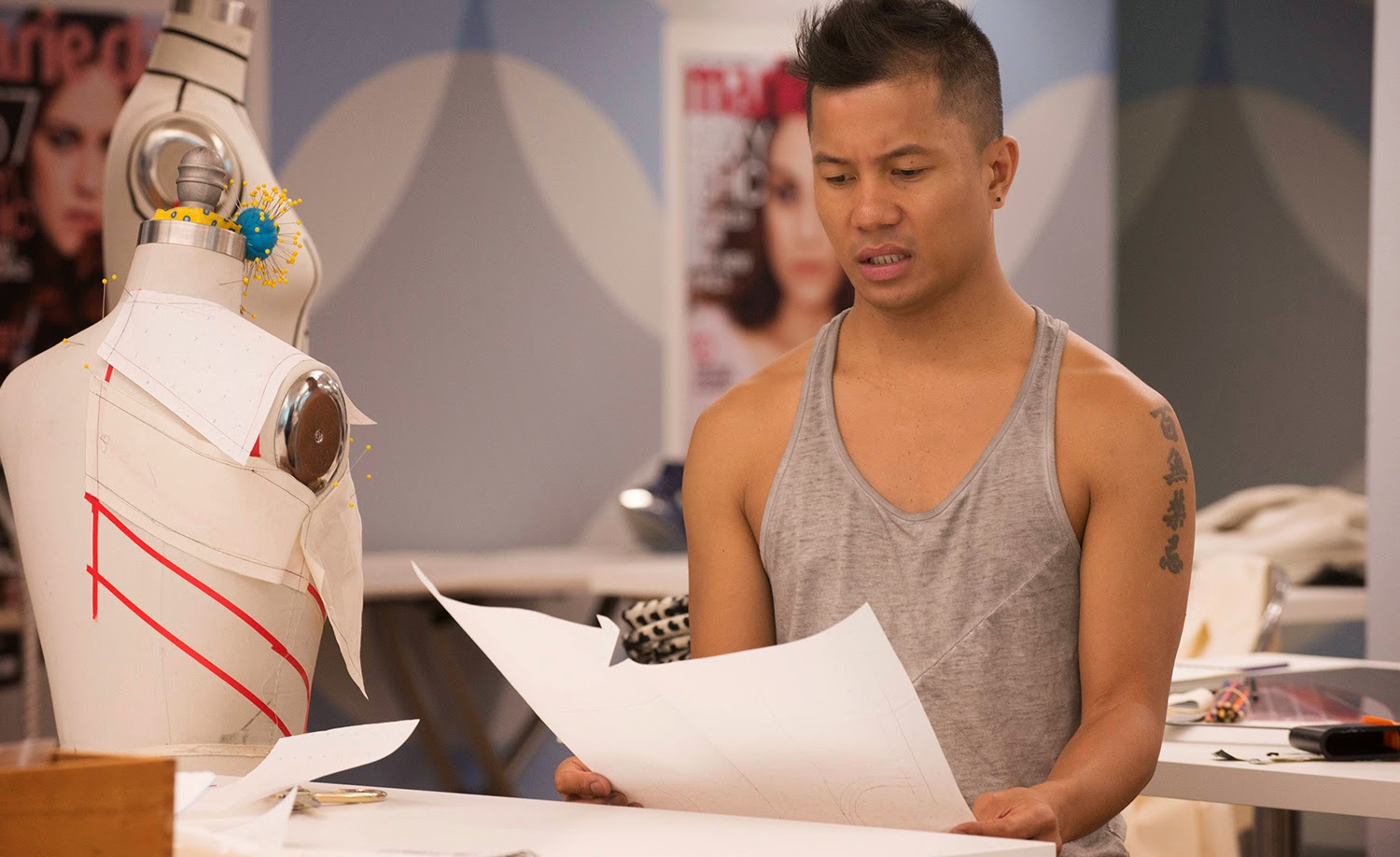 "This competition is the Hunger Games of fashion." - Alexandria, Season 12

I'm going to stop right there, because I just want to say how this statement is completely true. Well, minus the popularity. Though, I'm sure if the producers had their way, they would be forcing us to watch Project Runway all year long.

While watching the reunion special, I couldn't help but flash back to the shallowness of the post-Games interview with Caesar Fleckman, and the year-long humiliation/victory tour of the winners that also functions as both self-promotion and suppression. Which brings us to the end of The Hunger Games part 1.

As we all know, the beginning of The Hunger Games is all about training the youth using winners of the past. See also Project Runway: Threads, where Christian Siriano is judging/"training" the future youth in order to have a pool to cull from in Season 22. With Project Runway All Stars, we get Chasing Fire, with the special 75th anniversary games that that trots out all of these previous winners (and other competitors) as fodder for the games.

The Hunger Games is ultimately not about what it is. Much like The Hunger Games is more about suppression than actually feeding the poor, Project Runway is really about numbing the audience rather than about fashion. Evidence for this: the regression of the accessory wall all the way back to QVC, and sponsors to Red Robin and Samsung.

With the most insanely accurate opening statement, so begins Project Runway All Stars Season 4! Actually, this year's All Stars aren't terrible, and their characters were entertainingly quirky.


And, that's our roster. A pleasant mix of talent and personalities. Sure, Alexandria and Helen could have not come back, and I could use a year off from Kate (SERIOUSLY?!  THREE YEARS IN A ROW?? Are you an elementary school teacher trying to fill in your summer?!). But, this already seems more fun than the whole of the regular season we just finished. Especially with Chris Fucking Marsh, who helped design one of the series' most memorable looks with Siriano (judge of Threads).

"One Day...One...Day" - Chris March
The challenge is to design an outfit that is either uptown or downtown (depending on your "team") in a day. With one sentence, Chris March reminds us that one day challenges are recockulous and were not always the normal. They used to let the designers breathe. But, you have to pay the crew and the hotel, and the rental fees. Red Robin doesn't pay that much I guess.

The Hunger Games theme continues with the class warfare that also begins moving the goalposts of what rich and poor actually is. The girls get the uptown, and describe their girl as "Class, Rich, Sophisticated." and "champagne drinking" "New York socialite" "party girl" who "doesn't work." The downtown gets marked as the post-college working party girl.

Benjamin doesn't want to design for the downtown girl, but his description is all about gentrification and/or slumming. His girl is "the uptown girl who has moved downtown." Which means that the rent is being driving up, and that she wants to be seen as edgy and frugal, though she has the money to sustain elsewhere.

What's amazing about PRAS is that, although it is 60 minutes, the editors get both design and drama. After visiting Mood, Freegan discovers that the fabric he bought is not around. He has to redesign around other people's looks. Freegan wants to make a jump suit, and ultimately shares fabrics with Benjamin, making their looks feel cohesive.

Uptown
Downtown
The judging, with hostess Alyssa Milano, Isaac Mizrahi, Georgina Chapman, and special guest Ivanka Trump, is actually sane. Even though they disagree, the judges actually make arguments that feel like they're looking at the outfits and taking their job seriously. Unlike the early episodes of regular flavor Project Runway, the judging doesn't seem like it has been maximized for most social media internet outrage.

When they pick apart the outfits, they have good arguments, but I do wonder why Portland was there, but Samantha wasn't. But, then, Egg is the one we all forget about.

The winning design will be given to Ivanka Trump to wear, and Fabio wins. So, Ivanka Trump, a princess from Uptown, has elected to wear a look designed for Downtown by a dumpster-diving hippy Freegan. The economic story of the Hunger Games writes itself. Fabio won't win any money. He just gets his outfit to be worn for free by the 1%. Thus, the story of Hunger Games is complete.

The loser is Crazy Eyes, which makes me sad. She was eliminated on an outfit that totally wasn't her at all. I wanted to see some of her intricate and incomplete work, but she wasn't given the chance to fully display it. I consider her the Michael Winterbottom of Project Runway in that she used to create compelling work even if it wasn't fully satisfying.

Stray Observations
Posted by Julius Kassendorf at 4:28 AM